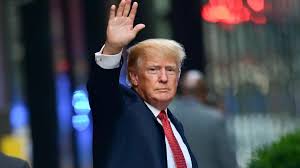 On his 75th birthday, here’s a look at some of the best memes since Donald Trump left office.

Former United States President Donald J Trump, who recently lost his chance for a second term to Democrat Joe Biden, turns 75 today. A lot must have happened in Trump’s life after he lost the election, but unfortunately, most people are not aware of it.

Ever since Trump was banned on Facebook and Twitter, most of the public has no idea what he is doing. He tried to maintain a blog “off Donald J. Trump’s desk”, but had to take it down within a month due to low readership. Trump may be one of the most controversial presidents the United States has ever seen, with the most polarized public opinion surrounding him of all time.

His supporters love him immensely, and his haters dislike everything he does with a strong passion. Naturally, with such a reputation, everything that has happened in Trump’s life – from his two impeachments to his social media bans, has been subject to memes. On his 75th birthday, here are some of Trump’s best memes ever:

This is Some examples….

Joe and Kamala walking into the White House with their luggage today. #BidenHarrisInauguration #ByeTrump pic.twitter.com/r9HDgwO8gD