Home » How does the Kerala lottery work? How does the Kerala lottery work?

Kerala Lottery is a program run by the Government of Kerala. The Indian state of Kerala is one of the most picturesque and culturally rich places in the country. The state, which is situated on India’s Malabar Coast, has an incredibly diverse landscape, with everything from lush green forests to crystalline beaches.

But this blog is focused on lotteries in Kerala — specifically how they work.

How does the Kerala lottery work?

Kerala State Lotteries, which have been running since 1967, is not operated by the central government but by the Government of Kerala itself.

The state lottery department was established in 1967 and started the Kerala State Lotteries based on the model prevalent in most of the other southern Indian states.

In 1967 all private lotteries were banned and the government decided to set up its own lottery organization. The idea behind setting up the new department was from Finance Minister P K Kunju Sahib who said, “They want to provide employment to people”.

The objectives of starting the program were to provide employment and generate revenue for the state.

Lottery tickets, which are available at outlets across Kerala and can be purchased via the internet or via telephone, are sold at a government-fixed rate.

The Kerala Lottery is the monopoly of the Government of Kerala. In 2010, the State Government made it mandatory for all agents to have a GPS-based vehicle tracking system installed in their vehicles to prevent fraud and track the movement of agents with lottery tickets in hand.

Kerala Lottery Department conducts lotteries in seven different locations at 3:00 PM  every day. The lottery is drawn at the Kerala Lottery Office Building, commonly referred to as Gorky Bhavan or Government Bhavan. You can visit this building any and every day during the draw time with exception of Sundays during which no drawing is held.

Kerala Lottery is run by the Kerala State Government and is one of the most popular lotteries in India. In addition to the weekly lotteries listed above, Kerala State runs several seasonal ‘bumper’ lotteries: Xmas, Summer, Vishu, Monsoon, Thiruvonam, and Pooja. 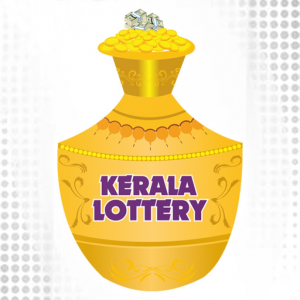 Kerala state bumper lotteries are offered on a monthly basis and their prizes differ based on which month it is.

Some the noteworthy points about Kerala Lotteries:

The website Kerala Lotteries results. in is the website maintained by the Kerala State Lotteries Department, which posts the state lottery results.

According to the Kerala State Lottery website, KN 416 Kerala Summer Karunaya Result will be released on 3:00 PM at draw date. Also included in this publication is the Kerala Government Gazette, which contains the Kerala lottery results.

7 Signs of a Fair Online Casino

7 Things about Slots Players Have to Remember

Actual Gambling – Is it Possible to Earn...