Home » What is yoga | Top 6 Benefits of yoga

What is yoga | Top 6 Benefits of yoga

Here are the yoga history, types, and benefits. Yoga practice involves both the mind and the body. The physical postures and breathing techniques used in various yoga styles are combined with relaxation or meditation. In India, yoga may have originated as an ancient practice. Benefits of Yoga – Moving forward to promote physical and mental health as well as breathing techniques.

According to the National Center for Complementary and Integrative Health, yoga is an ancient practice based on the Indian philosophy of promoting physical and mental health that began over 4,000 years ago.

What makes yoga particularly unique is that it combines the benefits of meditation with physical postures, also known as asanas. So you’re not only training your muscles to handle life’s challenges with the way you move through the poses, but you’re also using your breath and the power of your mind to keep you grounded. are. 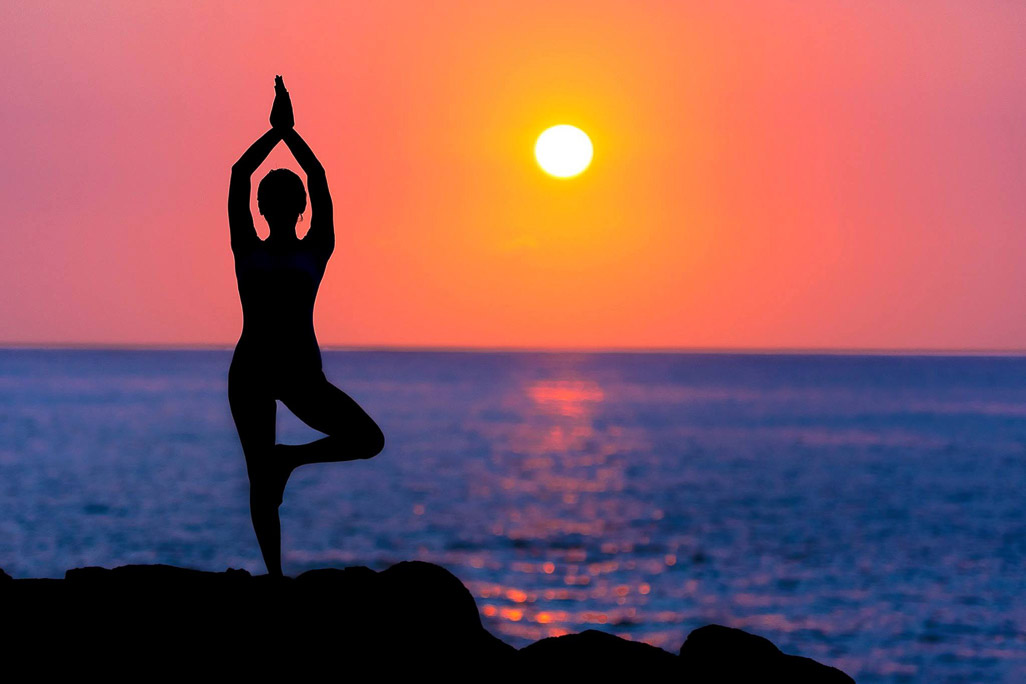 The postures in yoga are designed to strengthen and align your muscles and bones, helping to relieve tension in your body and mind, explains Dr. Yang.

“We become sensitive to the emotions that arise during a yoga session – both physical and emotional – and develop an awareness of the thoughts in our mind. When we do it together, our heart opens up and Our mind becomes calmer, and we live our lives in a very natural and easy way with more grace and positivity,” says Dr. Yang.

The Sanskrit noun yoga is derived from the Sanskrit root yuj (yuj) “to join, join, harness, yoke”. The word yoga is associated with the English “yoke”. According to Burley, the first use of the root of the word “yoga” is in hymn 5.81.1 of the Rigveda, which refers to the sun-god rising in the morning (Savitri). There is devotion, where it is interpreted as a “yoke”. ” or “controlling syntactically”.

According to Panini, Vyasa who wrote the first commentary on the Yoga Sutras, says that yoga means samadhi (concentration). The term Kriyayoga has a technical meaning in the Yoga Sutras (2.1), which designate “practical” aspects of philosophy, i.e. “union with the Supreme” through the performance of duties in everyday life.

Someone who practices yoga with a high degree of commitment or follows the yoga philosophy is called a yogi (can be applied to a man or a woman) or a yogini (a woman).

Some Benefits of yoga

Weight loss: Surya Namaskar and Kapal Bhati Pranayama are extremely useful for reducing weight. Moreover, with regular practice of yoga, we become more sensitive to our body and its needs. This, in turn, helps in keeping a check on our food intake and body weight.

Reduce stress: We got it. It’s hard not to feel more than a little wired (read: stressed) with emails and social updates from your inbox. This is where yoga comes in. Shown by Coventry University to “reverse” stress-causing DNA responses, yoga also reduces levels of inflammatory compounds (the cytokine interleukin-6 (IL-6) in the blood.

Stress makes us physically and mentally stressed. Our flight or fight response is activated, we get a rush of adrenaline and our body releases cortisol which elevates our heart rate and sends blood to the muscles,’ describes MoreYoga instructor Anna de Sousa. ‘Yoga helps us adjust to our rest and instead digest the nervous system’s response. Our body begins to heal, restore and repair its functions.’ 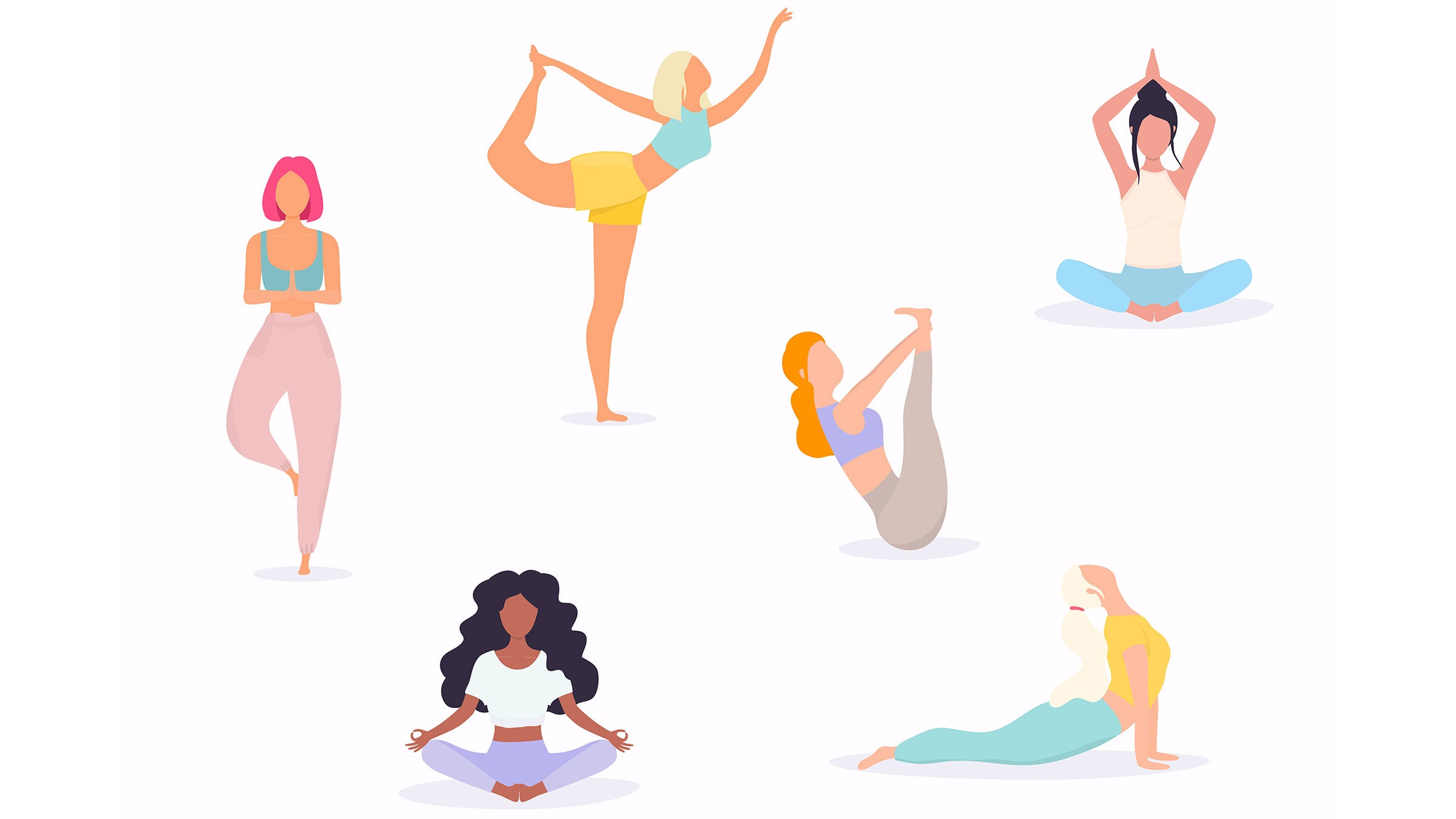 Boost your mental health: All exercise is associated with reducing symptoms of depression, and yoga is no exception: a review of studies published in Frontiers in Psychiatry suggested that people with depression, schizophrenia, sleep problems, and other mental health conditions may avoid practicing yoga. can be benefitted. Plus, Purge says that many people live for the psychic benefits they experience. “When asked why we practice, both teachers and students alike mention things like grounding yoga, yoga [being] a tool to help them be ‘in their body’ is, and yoga [goes] to be the magic mood lifter,” she says. ,

Yoga can also have an instant mood-boosting effect. “Yoga has a lot of asanas that help with depression and mood,” Robin Berzin, MD, functional medicine physician and founder of Parsley Health, told mbg. Some of her favorites for this purpose: Camel Pose, Pigeon Pose, and Legs on the Wall, which literally help you open your heart and find new perspective.

“Even when the fog of depression seems impossibly thick,” Berzin says, “connecting to the body is a great way to find presence, and presence is like a headlight that guides you in and out. Lets see.”

Become more creative: If you’ve been struggling to pull that work presentation together or have hit a roadblock on your Great American novel, it may be time to roll your mat. “Research shows that by regularly practicing the mindfulness components of yoga — including meditation, mantra, and deep breathing techniques — you can stimulate and increase your alpha brain waves, or happy calm brain waves,” Perz says. Huh. “Through repetition of these mind-body techniques, you can change the architecture of the brain that taps into your place of connection and creativity.”