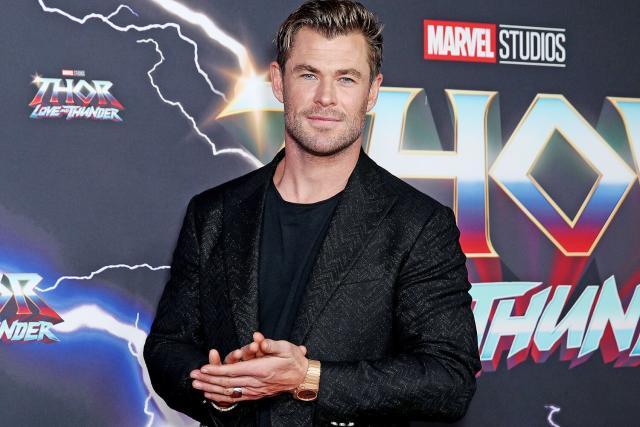 Chris Hemsworth, aka Thor in the Marvel movies, is so popular he has a huge following on social media. He took to Instagram to share that he had just learned that his genetic predisposition for Alzheimer’s was revealed.

Chris Hemsworth was born in Melbourne, Australia, on August 11, 1983. His father, Craig, is a social-services counselor, and his mother, Leonie, is an English teacher. He has two brothers: Luke, who is also an actor, and Liam.

Hemsworth was raised in the suburbs of Melbourne and attended high school at Heathmont College. He showed an early interest in acting and starred in several school plays. After graduation, he briefly worked as a waiter before pursuing his acting career full-time.

Early-onset Alzheimer’s disease is most likely to develop in people who have a family history of the condition. Symptoms usually appear in people aged between 40 and 50. However, they can also start as early as 30 or 35.

The early symptoms of Alzheimer’s disease are often subtle and can be easily mistaken for other conditions, such as stress or aging. They may include:

If you notice any of these changes in yourself or someone you know, it’s important to see a doctor for a diagnosis. Early diagnosis and treatment of Alzheimer’s disease can help slow the progression of the condition and improve quality of life.

How the Progression of Alzheimer’s is Related to Genes

Alzheimer’s disease is a degenerative brain disorder that affects millions of people worldwide. The cause of Alzheimer’s is still largely unknown, but research has shown that it is linked to certain genes.

One of the most well-known risk factors for Alzheimer’s is the presence of the APOE4 gene. This gene increases one’s risk of developing the disease, but it does not guarantee that a person will develop Alzheimer’s.

Other genes that have been linked to Alzheimer’s include the SORL1 gene and the PSEN1 gene. These genes are thought to play a role in the development of plaques and tangles in the brain, which are hallmarks of Alzheimer’s disease.

While genetic predisposition plays a role in the development of Alzheimer’s, it is not the only factor. Environmental and lifestyle factors also contribute to the disease.

What Happens When a Person Dies With Alzheimer’s?

There are many different things that can happen when a person dies of Alzheimer’s. The most common cause of death in people with Alzheimer’s is pneumonia, which is cause by the build-up of mucus in the lungs. Other causes of death include sepsis (a blood infection), dehydration, and choking.

Alzheimer’s can also cause problems with the heart. People with Alzheimer’s are at an increased risk for heart disease, and this can lead to a heart attack or stroke.

In some cases, people with Alzheimer’s may also experience end-of-life hallucinations. These hallucinations can be frightening, and they may involve seeing things that are not really there or hearing voices.

Chris Hemsworth recent revelation that he has a genetic predisposition for Alzheimer’s disease is a reminder that we all need to be proactive about our health. While there is no guarantee that Hemsworth will develop Alzheimer’s, his story highlights the importance of early detection and treatment. If you have any concerns about your own risk factors for Alzheimer’s, be sure to talk to your doctor. And remember, even if you don’t have a family history of the disease, it’s never too early to start taking steps to protect your brain health.

How to Win at Slots: A Step-By-Step Guide

Here Are The Top 7 Companies In It...

Yuji Naka, The Creator Of Sonic The Hedgehog,...

The Importance of Rehab in Beating Addiction.