Varun Chakravarthy Vinod (born 29 August 1991) is an Indian cricketer who plays for Tamil Nadu in domestic cricket and as a leg-spin bowler for Kolkata Knight Riders in the Indian Premier League (IPL). He made his international debut for the Indian cricket team in July 2021.

He also made a cameo appearance as a club cricketer in the 2014 Indian Tamil-language sports drama film Jeeva. Prior to his professional career as a cricketer, he worked as an architect. On 11 December 2020, he married his longtime girlfriend Neha Khedekar in a closed ceremony in Chennai. 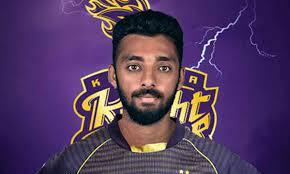 In December 2018, he was bought by the Kings XI Punjab in the player auction for the 2019 Indian Premier League (IPL) at the price of 8.4 crores. He made his Twenty20 debut for the team on 27 March 2019. His first over went for 25 runs, the highest number of runs conceded by a bowler on debut in the IPL. 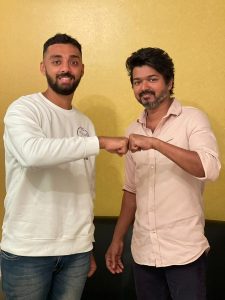 In June 2021, he was named in India’s One Day International (ODI) and T20I squads for their series against Sri Lanka. He made his T20I debut on 25 July 2021, for India against Sri Lanka, taking the wicket of Dasun Shanaka. In September 2021, Chakravarthy was named to India’s squad for the 2021 ICC Men’s T20 World Cup.

Varun was very good at studies since childhood Varun loved to play cricket, he did his schooling from St. He did his graduation in Architecture from SRM University, Tamil Nadu after completing his schooling from Patrick School, Chennai. He has also received many awards in cricket like Player of the Match and more.

Some Facts about Varun Chakravarthy