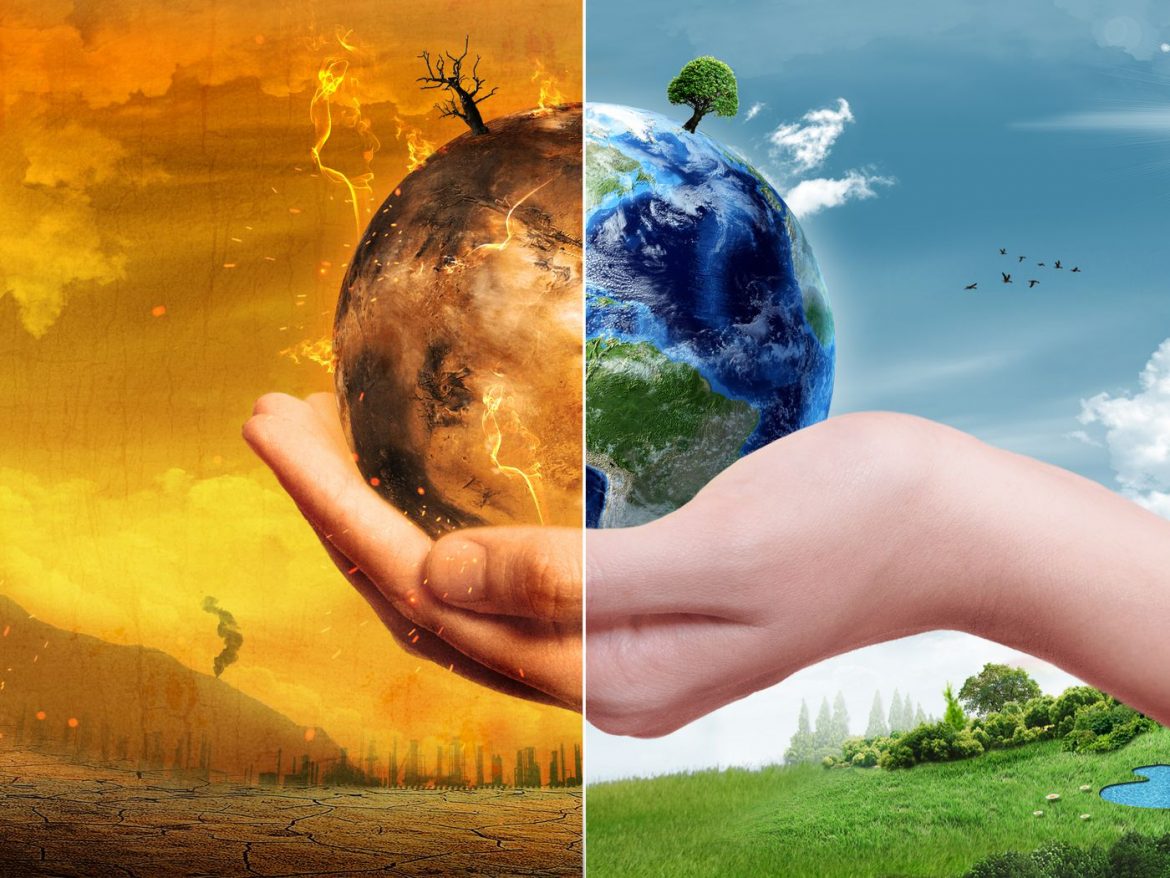 Global warming is the biggest threat to the world, affecting flora, fauna, and humans in many ways. The article examines the scientific basis of global warming, greenhouse gases that cause it, and its effects.

In this article, we are examining the effects of global warming on the world. We will explore what those effects are, where they come from and how they affect the world around us. Forget about temperature changes; we’ll look at all of these topics: ice caps melting, flooding caused by rising ocean levels, and decreased food production due to droughts in some areas.

The Scientific basis of Global Warming

Global warming is the biggest challenge facing the world, and one of its most difficult to understand. It’s a unique concept because it involves two interconnected but often contradictory phenomena: CO2 emissions and climate change. The emission of these gases is, in itself, a natural process. All living things produce carbon dioxide as they breathe and photosynthesize, including plants, animals, and humans. In the atmosphere, carbon dioxide reacts with water vapor to form tiny droplets that become part of harmless clouds.

This process is known as the greenhouse effect. But in recent years scientists have observed that certain “greenhouse gases” can also help trap heat in the atmosphere. These gases are not your everyday type of greenhouse gas, either; the main greenhouse gas involved is excessive CO2 from fossil fuel burning. Although the climate is controlled by temperature, clouds, and winds, the temperature of the sky affects it just as much as the air itself.

The Intergovernmental Panel on Climate Change (IPCC) describes this process as “the warming of the earth’s atmosphere due to absorption of infrared radiation”. This includes both natural and man-made processes that influence Earth’s energy balance. In recent years such man-made factors have become a major concern because they can have a profound impact on our environment.

The measurements used to determine to mean global temperatures are taken at weather stations around the world as part of an international effort to understand and measure climate change. These are fully verified by comparing results from one year to another. They provide a long-term trend in conditions and help scientists understand how the current climate varies from normal conditions.

Global warming discussion is not limited to changes in the mean global temperature, however. Although this is certainly the most significant indicator of climate change, it’s only one factor in a very complex process. There are other ways to determine climate change. They can be used to refute or confirm the data shown by global temperature measurements.

There are a number of questions that arise when you study global warming. One important question is how we should consider local measurements of climate conditions as compared with global means. To confuse matters further, some scientists are also concerned about “global cooling”! Global warming and cooling aren’t mutually exclusive; instead, they work together to influence our environment.

These scientists are not looking at the atmosphere above our heads, but at the atmosphere that extends to the Earth’s surface. This is known as the lower atmosphere and includes measurements of temperature and pressure taken in a number of different places around the world.

Current scientific data indicate that our planet is heating up because of an increase in global CO2 emissions. These emissions are among man’s major contributions to climate change, although they aren’t the only factor involved. It’s important to keep in mind that CO2 emissions are only one influence on global warming; there are others, such as global dimming or natural changes in climate.

Other contributors are the greenhouse gases that contribute to the overall greenhouse effect. They include water vapor, carbon dioxide, methane, and nitrous oxide. Water vapor is by far the most significant of these gases; it’s a natural part of Earth’s environment and it’s what causes us to have seasons as well as a stable climate. The role of man-made CO2 emissions in global warming is now undisputed by all parties involved in climate change research.

We know that CO2 emissions lead to global warming because we can measure them in a variety of ways. These measurements describe how much CO2 we emit through a number of sources, including transportation, industry, and other human activities.

There is a natural, ongoing cycle of global warming and global cooling. There have been many ice ages in our past, and they show us that even the oceans are capable of freezing over. The last big freeze occurred between 18,000 and 10,000 years ago, but we are nowhere near entering another one at this time.

The scientific evidence shows that global warming will affect all parts of the world – not just our atmosphere. Experts agree on its causes and effects, though there is some debate about how quickly its effects will be felt. Some scientists believe that we may be in for a rapid ecological shift with little warning; others believe these changes will take place gradually over the next several decades.

In the past decade, it has been documented that most of the warming observed over the last 50 years is due to human activity. The measures used to quantify this warming are standard and are not disputed. However, there is no consensus among experts on how man-made climate change should be classified – whether it’s positive or negative.

It’s important to know how climate will react to changes in our environment. Global warming and global cooling may affect certain regions in different ways, and they may experience changes in rainfall or drought. Whether we’re talking about global warming or global cooling event, we can be sure that these changes will have an effect on our planet.

We must drastically reduce the amount of resource consumption posed by our major industries.

Basically, the best course of action to deal with Global Warming is to reduce the amount of resource consumption. Both for energy and for raw materials. This will, at least in theory, allow us to passively adjust our climate by reducing the amount of GHGs that are being emitted into the atmosphere. Some options include stricter national regulations on vehicle fuels and fuel efficiency standards. Increased recycling through municipal waste disposal facilities and community recycling programs, temporary or permanent removal of CO2 from tailpipes with an internal combustion engine car or an HHO powered car as an example.

The Benefits of playing slots online

A Detailed Guide To Playing Online