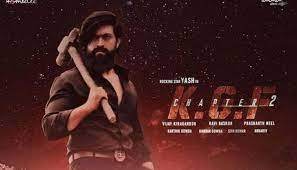 K.G.F: Chapter 2 is an upcoming Indian Kannada-language period action film written and directed by Prashanth Neel and produced by Vijay Kiragandur under the banner Hombale Films. The second installment of the two-part series, it is a sequel to the 2018 film K.G.F: Chapter 1. The film stars Yash, Sanjay Dutt, Srinidhi Shetty, Raveena Tandon and Prakash Raj. 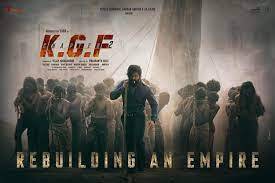 Prashant Neel retained the technicians from its predecessor with Bhuvan Gowda handling the cinematography and Ravi Basrur scoring the music for the soundtrack and the film’s background. Being the most expensive Kannada film with a budget of ₹100 crore, it is scheduled for a theatrical release on 16 July 2021  in Kannada and in dubbed versions of Telugu, Hindi, Tamil and Malayalam languages.

K.G.F: Chapter 2 was originally scheduled to release in theatres on 23 October 2020, coinciding with Dusshera festival. But the release was postponed due to the COVID-19 pandemic in India. On 29 January 2021, the filmmakers announced that, K.G.F: Chapter 2 will be released theatrically on 16 July 2021, in Kannada, Telugu, Hindi, Tamil and Malayalam languages.