Home » How to Choose the Most Suitable Programming Language? 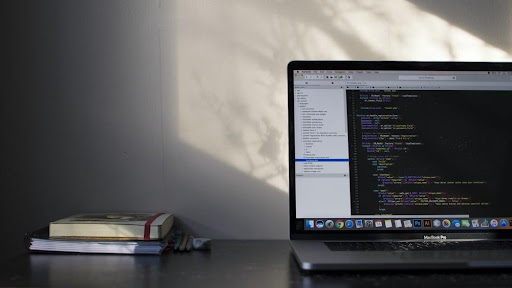 How to Choose the Most Suitable Programming Language?

How to Choose the Most Suitable Programming Language?

Every year born an average of 3 remarkable programming languages, and for each of them, many voices are heard suggesting that they will be the new market standard. Among all this hustle and bustle for novelty, we have simultaneously more than a dozen languages that are constantly competing for the leadership, being the community of programmers the one that, with time, causes variations in their use for different reasons.

For these reasons, both for the confused beginner and for those who want to restart their professional programming career, thinking about how to jump on the bandwagon can be a bit dizzying. If at university, studying programming languages, you encounter difficulties, you can turn to the experts of essay writing service and get your homework done successfully.

Which programming language should I choose? Analyzing the options

Many people think that each language is the best for a specific function, and although there is some reason for this statement, we must not forget that a priori, almost all languages are generalist, that is to say, that technically anything can be done with all of them.

However, we cannot ignore that the community is, to some degree, the captain of the ship. Based on the industry in which a certain programming language has proliferated, we are likely to find more libraries and other evolutions that make that language more appropriate for the job at hand.

Python: the champion of science

One of the areas where much of the technology has been developed, historically, is in university research departments. Python has been the language par excellence of this evolution, which has become almost a de facto standard for the world of scientific studies of different kinds. It predominates in mathematics, including statistics and any self-respecting computational analysis.

The number of Python libraries for all these issues is immense, and this has caused many of them to evolve to other fields that are in vogue, such as data analysis (Big Data) and artificial intelligence.

In addition, being a generalist, technically we could set up a web service or any program with one of the most relevant frameworks in history: Django. For this reason, it is rare to find a person today who does not propose Python as a starting point.

JavaScript was born as a “scripting” language, as its name suggests, as an active add-on for interacting in the web spectrum. But relatively recently, with the rise of progressive webs (complete browser applications, such as Google Docs), JavaScript became a standard that needed to evolve and this led to a huge number of frameworks and systems that would envelop its entire environment.

To this avalanche was added Node.js as a proposal to make a backend also based on JavaScript, and adding to the whole set of these technologies, any programmer with good knowledge of JavaScript could develop a web page from the beginning to the end, without having to have different developers for each area of it. Until now, this profession has been considered a “Full Stack Developer” (a way of naming the most complete developer), thinking of the so-called MEAN stack. This is not the case with any other language and is one of the main reasons why many users join this dynamic.

Being one of the first object-oriented languages to become widespread, thanks to its great advantages over its predecessors (such as the memory collector), it had impressive growth and was the precursor of the first “best practices” of programming at the corporate level.

Thanks to Java, the business world has leaped forward and the number of systems and applications that revolve around this language is immeasurable. Nowadays, large mass programming companies (such as consulting firms) regularly look for programmers who know this language, so it is a guarantee of guaranteed work.

Learning to program will provide you with one of the most flexible jobs you can get, as it will allow you to work remotely and choose the technologies you prefer. Although no programming language is the best of all, a push in the right direction can help you choose the right one.

Best Mobile Casinos in India You Could Play in 2022

How to Prepare for an Interview: Tips and...