Kali is also known as Dakshina Kālikā (Sanskrit: कालिका), is a Hindu goddess, who is considered the master of death, time and change. She is also said to be the Parvati, meaning the supreme of all powers, or the ultimate reality.

Kali’s first appearance was when she emerged from Lord Shiva. She is the ultimate manifestation of Shakti and the mother of all living beings. She destroys evil to protect the innocent. Over time, Kali has been worshiped by devotional movements and tantric sects as Divine Mother, Mother of the Universe, Adi Shakti or Parvati. The Hindu and Tantric Shakta sects further revere her as the ultimate reality or Brahman. She is also seen as the divine protector and bestower of moksha or liberation.

Mahakali literally translated as “Great Kali”, is sometimes considered a greater form of Kali, identified with the Ultimate Reality of Brahman. It can also be used as an honorary title of the goddess Kali, 257  signifying her greatness by the prefix “Mahā-“. Mahakali, in Sanskrit, is etymologically the feminized variant of Mahakala or Great Time (which is also interpreted as Death), an epithet of the god Shiva in Hinduism. Mahakali is the presiding goddess of the first episode of the Devi Mahatmya. Here she is depicted as Devi in ​​her universal form of Shakti. Here, Devi serves as an agent that allows cosmic order to be restored.

Kali is represented in the Mahakali form as having ten heads, ten arms, and ten legs. Each of his ten hands carries a different instrument which varies between accounts, but each represents the power of one of the Hindu devas or gods and is often a deva’s weapon of identification or ritual object. given. The implication is that Mahakali subsumes and is responsible for the powers these deities possess and this is consistent with the interpretation that Mahakali is identical with Brahman. Without displaying ten heads, an “ekamukhi” or one-headed image can be displayed with ten arms, signifying the same concept: the powers of various gods come only by his grace. 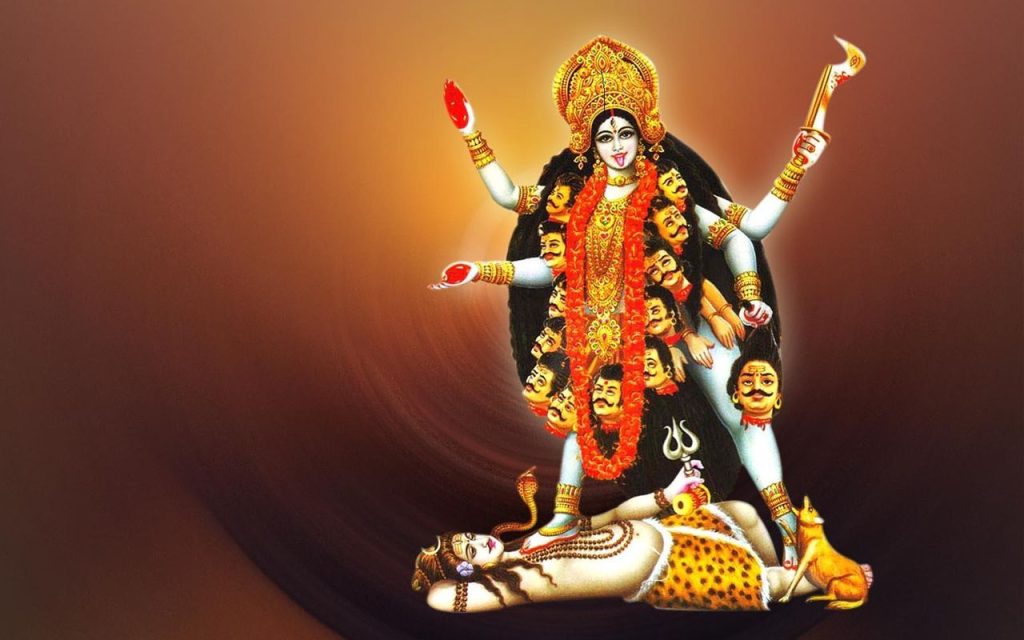 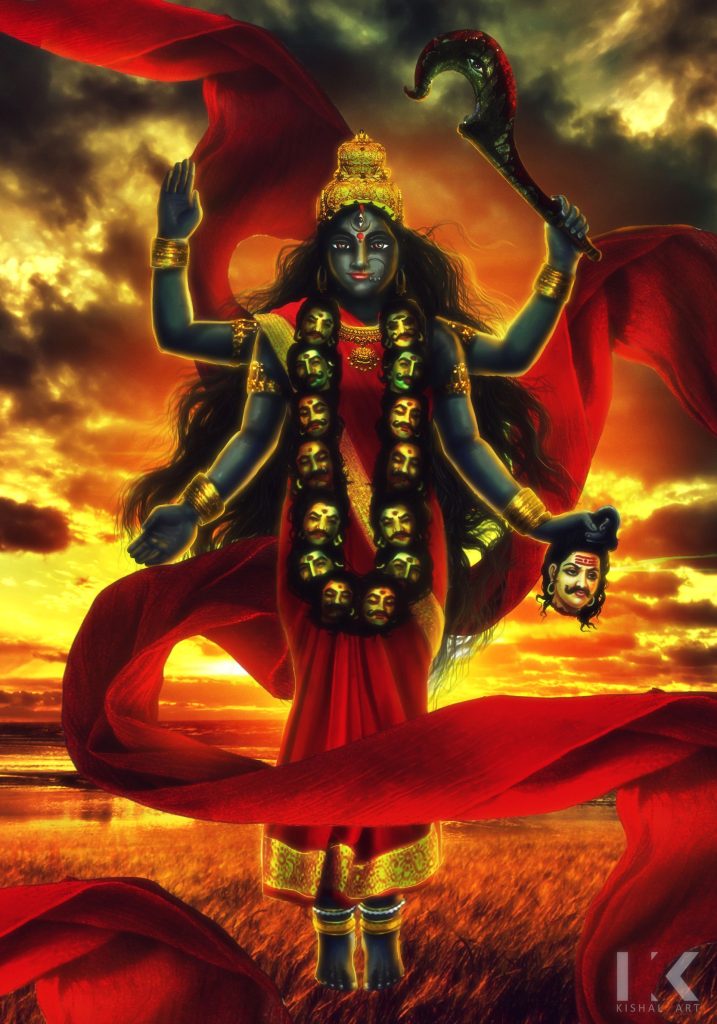 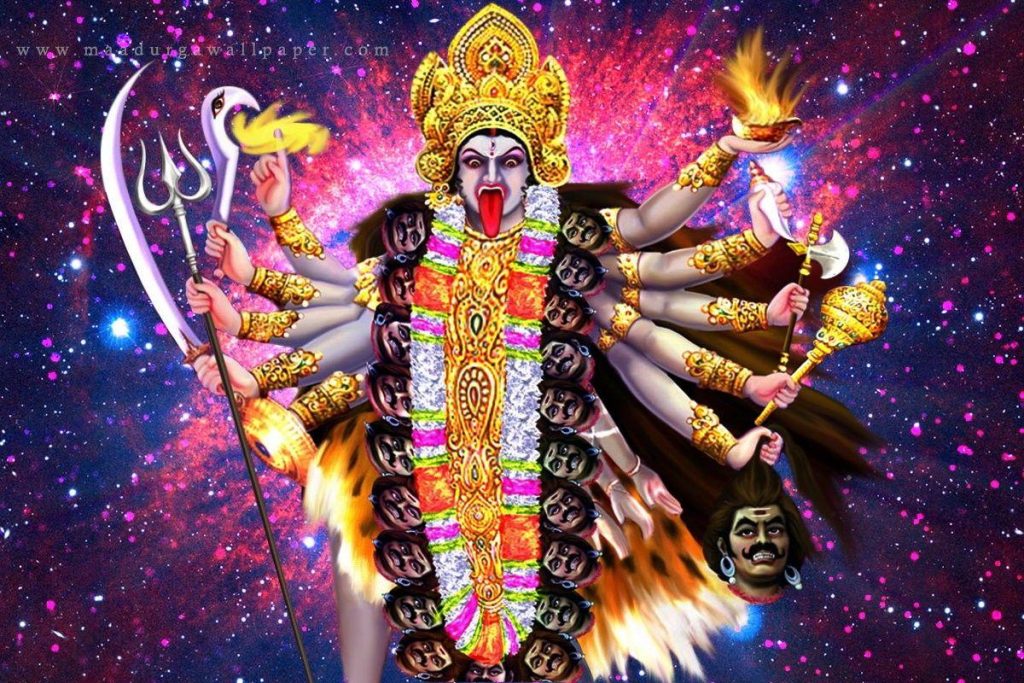 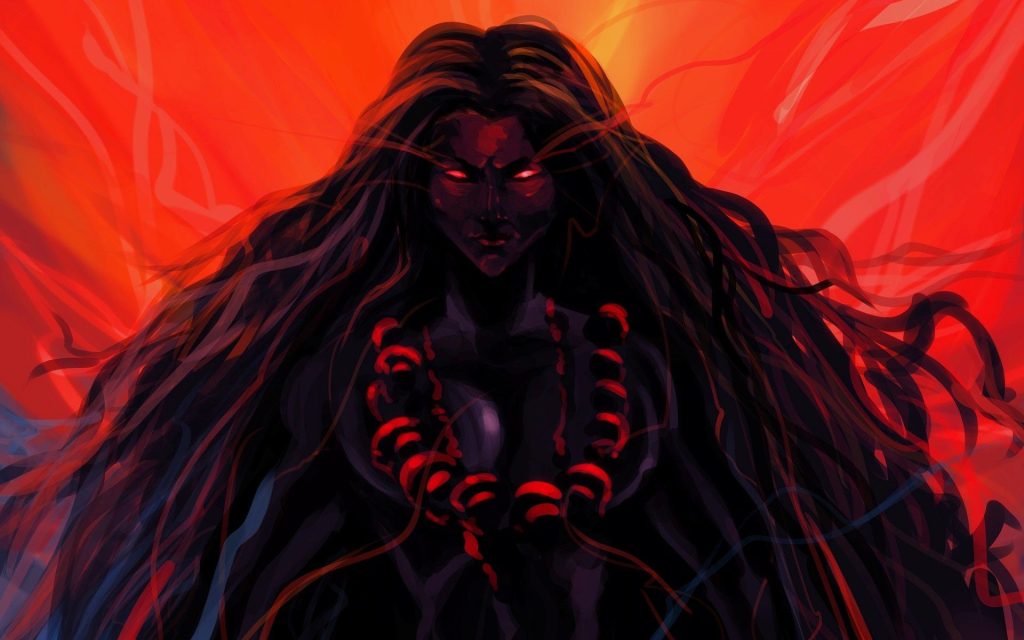 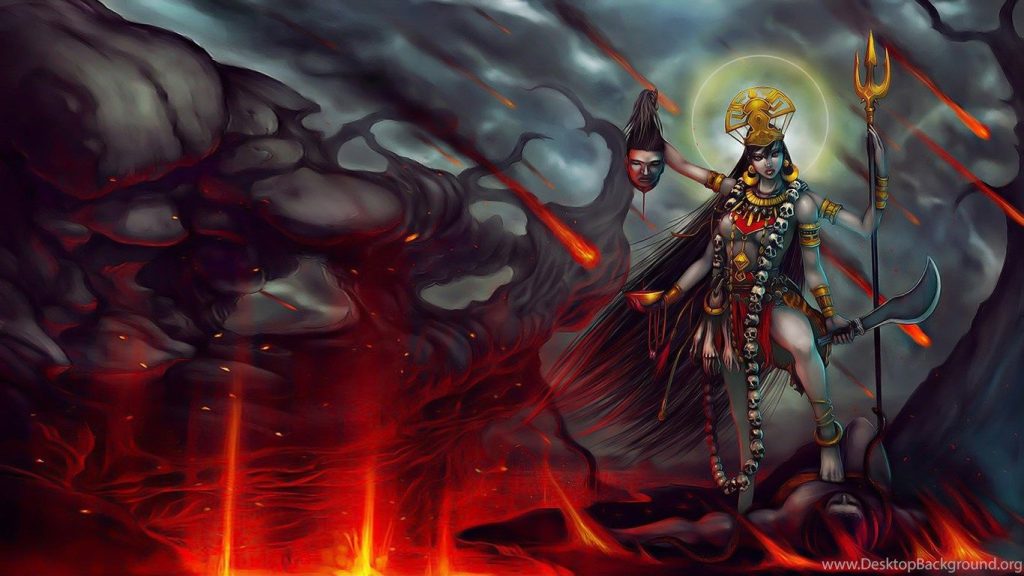 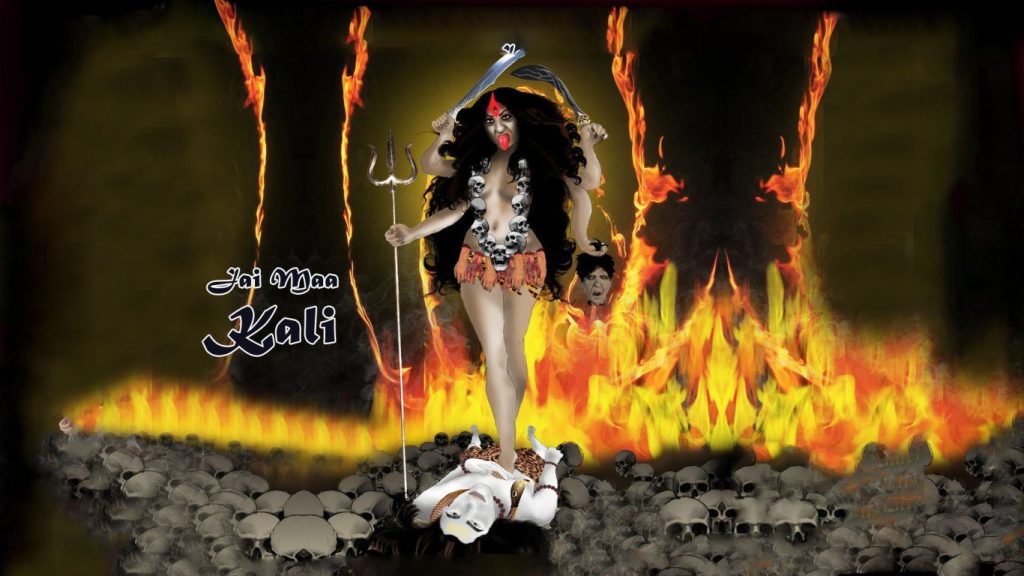 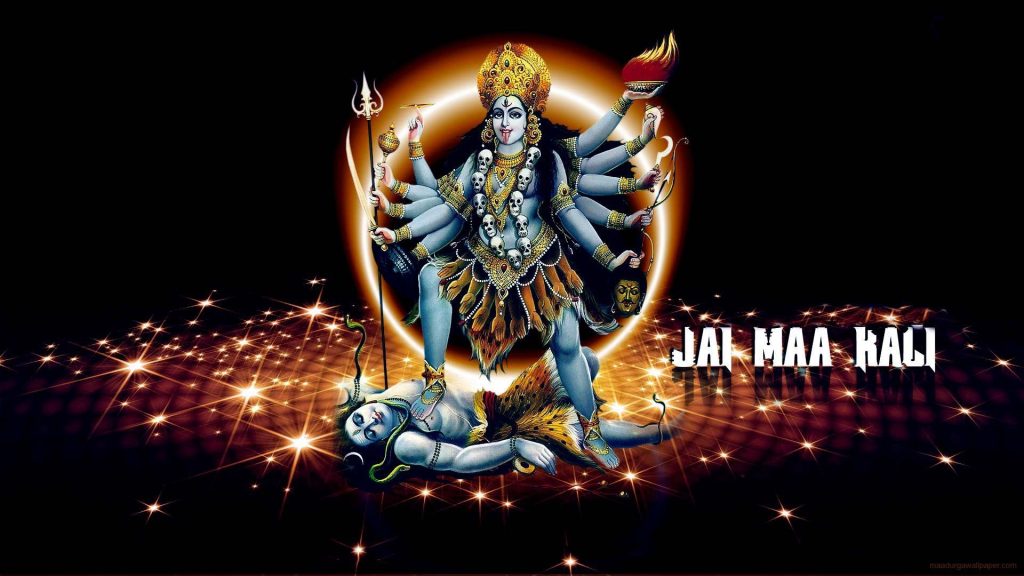 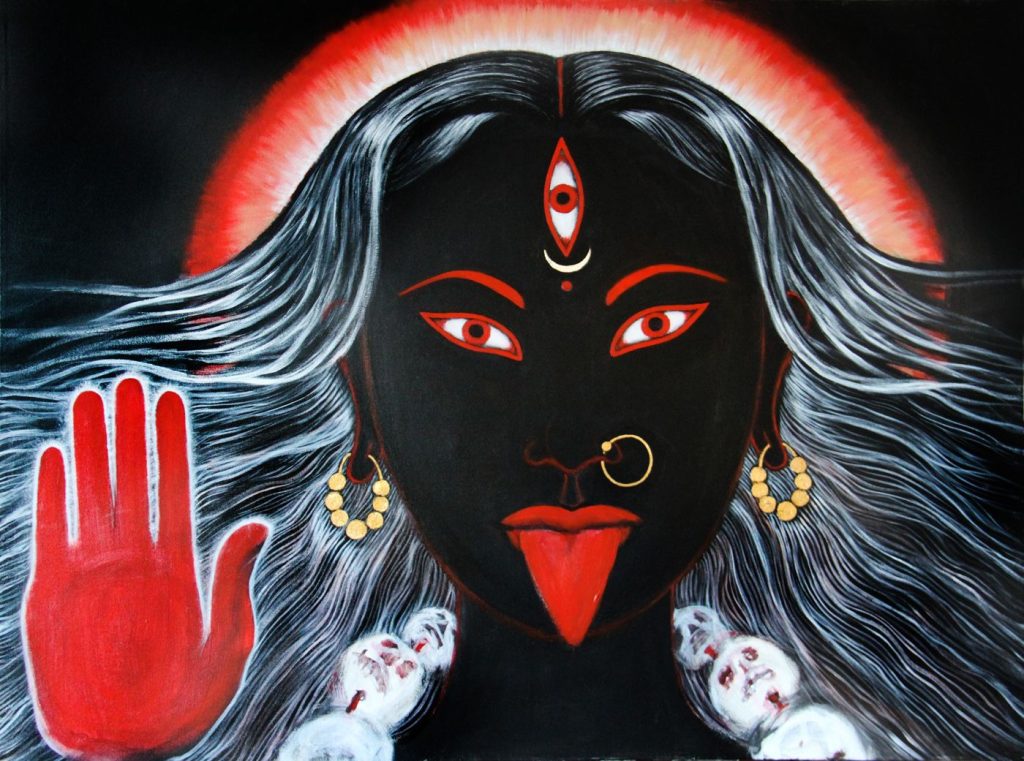 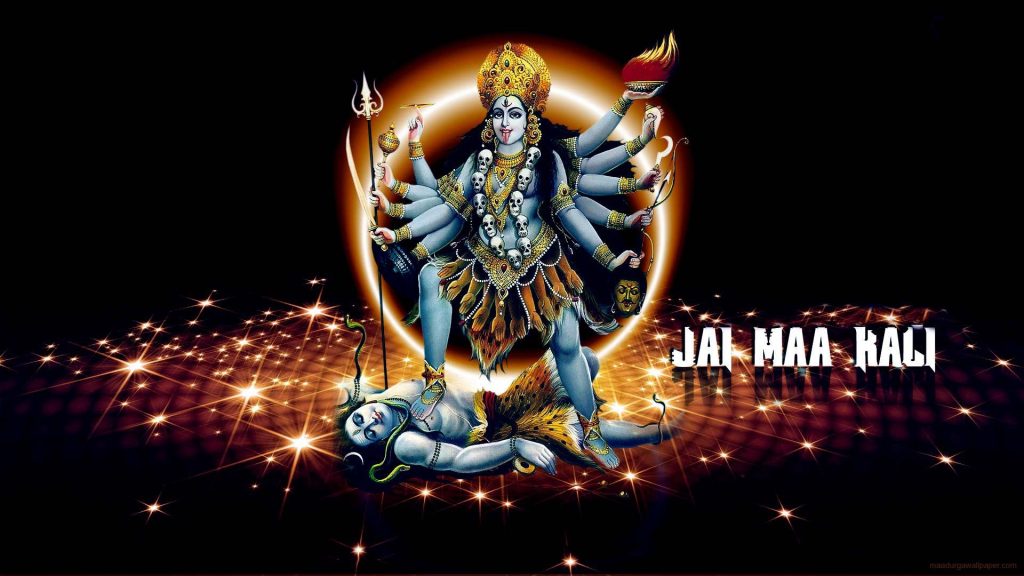 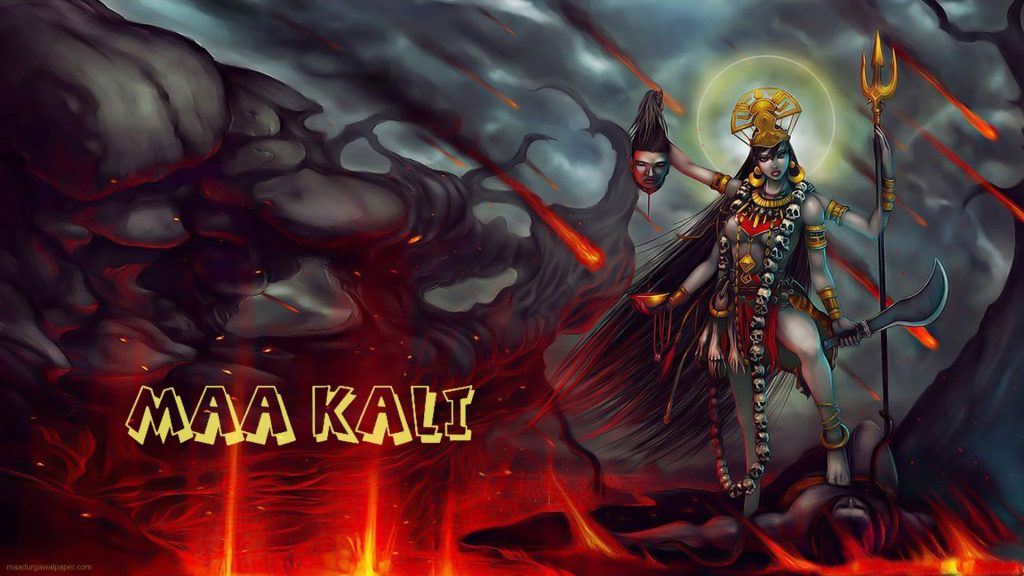 Samhara Kali, also called Vama Kali, is the embodiment of destructive power. Principal goddess of tantric texts, Samhara Kali is the most dangerous and powerful form of Kali. Samhara Kali takes form when Kali steps out with his left foot holding his sword in his right hand. She is the Kali of death, of destruction, and is venerated by tantric. As Samhara Kali she gives death and liberation. According to the Mahakala Samhita, Samhara Kali has two arms and a black complexion. She stands over a dead body and holds a freshly severed head and a plate to catch the dripping blood. She is revered by warriors, tantric – followers of your tantra.